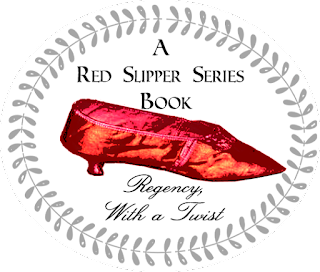 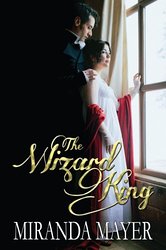 A quiet, sheltered, passive girl, Ynith never suspected that the awkward young man she encountered in the library was none other than the Crown Prince Arnsword. Nor would she expect that this baleful character would set his sights upon her as the singular object of his undying affection.  But what Ynith could never prepare herself for would be the cost of being loved by a man who is by all rights, evil. A powerful budding Wizard, Ynith’s beau is about to wreak havoc upon the world, and force Ynith to discover facets of herself that she finds terrifying, including dabbling in the magic she has deliberately avoided since childhood. Must Ynith love this man or must she escape him to save herself, and ultimately, her world? 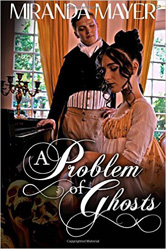 A Problem of Ghosts
Lives turned upside down by the unexplained arrest of their parents, the Evlan sisters were packed up and sent to live with their eccentric great aunt Ammette on the Isle of Mahalav. In the confusion of their hasty removal, their aunt neglected to inform the girls of the small detail that the elegant Fallswell Hall, their future home, was haunted by hordes of ghosts. In the scheme of things, this is a detail that the girls should be able to take in stride; however one ghost in particular seems bent on harming the eldest girl, Dae. To confront this issue, Dae seeks the assistance of the handsome Ghoster Amdreus Drouwd to help capture this problem spirit. Dae could not predict that in pursuing this violent, hateful ghost, that they would unravel a carefully woven web of lies and entanglements. Figuring out the how and the why, however, could prove to be too great a truth for this gentle, sweet girl to bear
Amazon | Barnes & Noble | Smashwords | iTunes 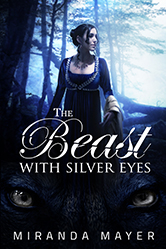 The Beast With Silver Eyes
Forced to accompany a childhood tormentor on a journey to the seaside, Keela is thrown into a situation that seems bleak and disagreeable. She could never expect that from this traumatic and horrifying journey, she would find friendship with a man who could potentially steal her heart. A deposed, crownless King, with few aspirations and a history of apathy and idleness, Edrick is making his own journey, grudgingly fulfilling an unwanted obligation in order to help prevent disaster for the great nation of Yvrem. After having to beseech a former enemy of his people for help, he is entrusted with a rare, silver-eyed creature, and given a straightforward assignment. It seems a simple enough request, except for the string of mysterious deaths that follow in his wake. Adding to that, his encounter with Keela presents another predicament for the young royal. He can follow orders or he can follow the girl. Either of which will lead them both into trouble.
Amazon | Barnes & Noble | Smashwords | iTunes 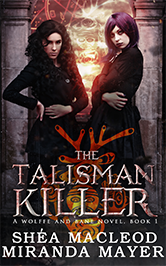 Before the Rift, Veronica Wolffe and Verity Bane struggled to eke out a living as paranormal investigators. But with the veil between dimensions ripped open and demons from beyond running amok, their preternatural powers are suddenly in high demand. From haunted teapots to rampaging poltergeists, these women’s work is never done. When a logger dies a horrific and unnatural death, Wolffe and Bane are pulled into the terrifying world of mystical murder. A killer from beyond the Rift is hunting those he finds guilty of crimes against the environment and he won’t stop until the world is rebuilt in his image, and humanity is destroyed. The Talisman Killer introduces an addictive new urban fantasy series with two kick-ass heroines and a touch of romance. Welcome to the world of Wolffe and Bane. 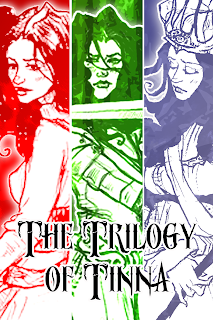 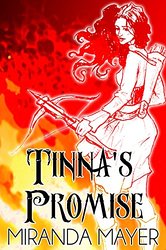 For Tinna, fitting in means overcoming the fact that she is a foreigner in a land where her people are unwelcome. In spite of this, Tinna manages to find a place for herself in a remote village in the endless forests of Oromoii. There, she discovers the potential for love and belonging. Little could she know that a casual promise could tear her away from everything she worked so hard to find. To complicate matters, a conflict between dragons and humankind stands between her and the road back to the place she loves. 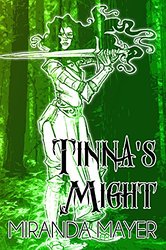 Twenty years have passed since the fateful journey in Tinna's Promise, and things don't seem to be getting easier for our misfit heroine. The woman that stood up to dragons and stopped a devastating massacre without batting an eye, now truly has something to fear in her newest and most ruthless enemy; her mother. With a daughter disappeared and the looming prospect of war against her own people, Tinna must find the strength to triumph against what destiny has in store for her. 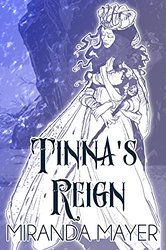 There is cause for celebration in Thamatoc. Avria is getting married, Tinna has new child and she is looking forward to a nice snowy winter to keep her cozily tucked away from all the expectations and responsibilities that await her—at least for just a little while longer. But Tinna still has a destiny; a plan carefully laid out by the mysterious Keepers, and they are putting their plan into action with or without Tinna’s consent. 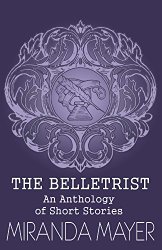 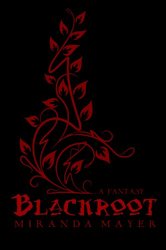 The Blackroot Murderer is the only criminal ever to elude Renath, who is the top investigator for the Mareschal Corps. Six years of dogged investigation and fixation on this murderess have cost Renath his marriage, any semblance of a normal life, and possibly some measure of his sanity. Thanks to an intrepid assistant, Renath is finally offered clues that lead him into the murderer’s disturbing past; and promise to bring him closer to his quarry than he was ever prepared to be.