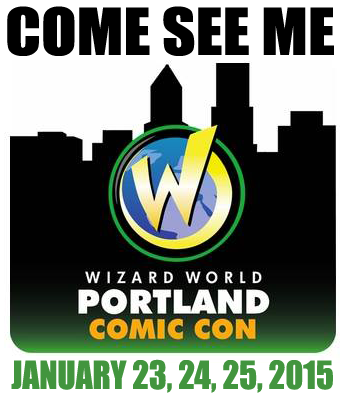 It looks like I will be at the Wizard World Comic Con in Portland again in January. I'll be sharing a table with author Shéa MacLeod, whose website describes her books as 'urban fantasy scifi post-apocalyptic paranormal romance with a twist of steampunk.'  What's not to like about that? We're both Oregonians, and we hang out with the same costuming people, so why not team up and present our work at the 2015 Portland 'Con? It's all very exciting.  We will have candy and swag. So come and see us! 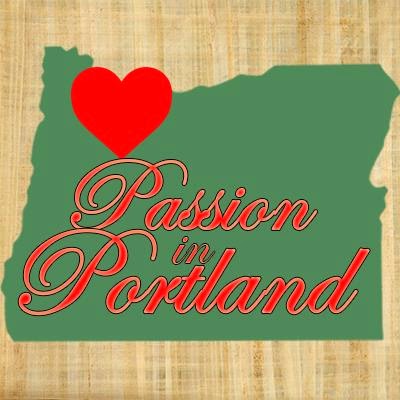 Next September both of us also will be attending the 'Passion in Portland' author signing event. I am especially excited about this event, because I get to meet so many new local(ish) authors.  I hope I will see you there too! By then, I should hopefully have another release or two to promote.

I'm working hard now that my baby has gotten a bit older to involve myself in more events to promote my books and get to know my readers, and I'm looking forward to meeting everyone. :)  I will announce any other events I may be doing in the interim.  Like the Passion in Portland page on FaceBook for more information, and like my new Facebook page (completely politics-free!) too! I'm always offering little giveaways to the followers on the page. Join me.
Posted by Miranda Mayer at 9:46 PM No comments:

An interview by Indie Author Land!

I deleted my Facebook account recently, along with all of its pages. And yes, it was a drastic thing to do. But I Miranda Mayer needed a refreshing. A new 'Like' page was in order, something freshly made, with none of my randomness all over it. It's a given that authors can be themselves on social media, but to a point. When my arguments on religion and politics start to take over where the books leave off, we have a problem. So a fresh start is in order! So please like my new page. I dropped hundreds of likes by doing this and need to rebuild!

Hello all. I've been a bit preoccupied by the Portland Wizard World Comic Con, and then life itself, which also tends to take over. Especially for new(ish) moms.  The Wizard King has had its release and it is being received very well. I hope it continues! I have a few projects on the fire including book 3 of the Trilogy of Tinna; Tinna's Reign, which is being padded out and revised before I send it to be edited.

The second project i'm working on, but is at present only about a 1/4 written is the House of Black. It is a story of a little witch by the name of Kimber and her battle to save her sisters and her house from attack by an ancient enemy.

And finally, it's so new I haven't even begun to work on the cover, I am working on 'Wolven' -- which is not about werewolves, and also dabbling into the idea of another book for the Wizard King world.
Posted by Miranda Mayer at 5:29 PM No comments: