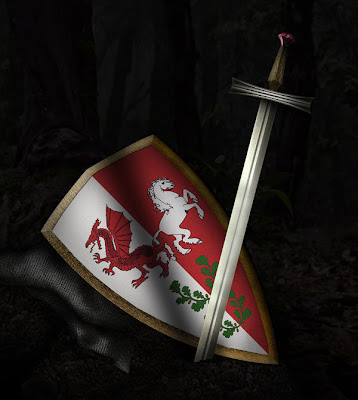 I’ve hear a lot of questions about starting a book off with character who isn’t immediately likeable. I guess I don’t always follow convention… I just write organically… and for some reason it seemed natural for me to start Tinna’s Promise with Taneth and his smug rants that get him booted from Hildercross Academy. It just felt right I guess.

I hear the following things about Taneth as most readers start the book: He’s a geek… he’s too smug; he’s annoying… I tell them to read on. Then they do, and they stop grumbling at me. Making Taneth kind of a superior, pompous jerk at the beginning of Tinna’s Promise was the whole point. I wanted to exhibit a person’s capacity for change and growth. I broadened his views, opened his mind and humbled him. I think both Taneth and Tinna show great evidence of change. Each experience that occurs during the book opens their eyes; brings out the parts of them that are noble and likeable. In the end, I can’t help but root for my characters, and find understanding for them, despite their flaws.

In a way, Tinna’s Might starts with a less-than-loveable character. However, the question is, will he ever become someone better? It’s hard to know. Heck, I’m not even sure yet.

For those of you who have read Tinna’s Promise, Tinna’s Might is going to be a pretty astonishing jump. We’re about twenty years from Tinna’s Promise; and the world is so very different. There are new characters you will meet, familiar ones you already know, and a world in turmoil. I’m having fun finishing up this book—and am already thinking about where to go from here. But, I have focus on getting this book polished up and ready for publication. Padding, scanning, pre-editing, and then off to a real editor to start the arduous process of putting my ‘organic’ work in order, and chasing down all my little grammatical issues. ::eep::

Tinna's Promise has been available and published for three years this March. Part of my effort to focus more on my creative side, I've decided Tinna needs a revamp; and that includes my long-neglected website and everything else that fell by the roadside when life got in the way. Hey, it happens to all of us. :)
Part of this revamp means a new look for the original book in what is becoming the Tinna series. This includes a new cover design by artist Abigail Larson (extremely talented young lady) who has also provided me with a design for book two in the Tinna series; Tinna's Might. Yes, I have been working on this book as well--and I am striving to get it finished, pre-edited, then fully edited before the end of this year (ambitious considering how things have been going creatively for me... but I am trying!). The new covers have injected new fire in my veins and reinvigorated my little lost writing muse.
So I created this blog to make myself accountable for my promises. And promises are pivotal in my world, and in Tinna's world.
So it begins. :::sigh:::
MM
Posted by Miranda Mayer at 9:00 PM No comments: