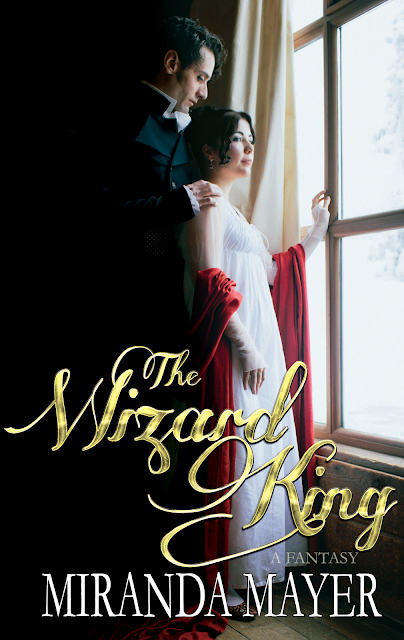 A quiet, sheltered, passive girl, Ynith never suspected that the awkward young man she encountered in the library was none other than the Crown Prince Arnsword. Nor would she expect that this baleful character would set his sights upon her as the singular object of his undying affection. But what Ynith could never prepare herself for would be the cost of being loved by a man who is by all rights, evil.

A powerful budding Wizard, Ynith’s beau is about to wreak havoc upon the world, and force Ynith to discover facets of herself that she finds terrifying, including dabbling in the magic she has deliberately avoided since childhood.

Must Ynith love this man or must she escape him to save herself, and ultimately, her world?

For sale on Smashwords.com (and all other channels upon approval) Hard copy available on The Book Patch and other channels soon.
Posted by Miranda Mayer at 7:14 PM No comments:

Finalizing the editing, formatting for print and eBook 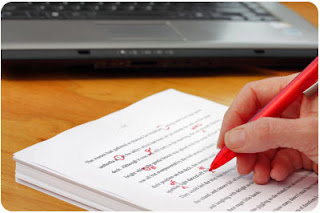 The Wizard King is now in the final stages before it transforms from manuscript to book. Today, I sat down with my editing team, Two Girls Friday, and we went over the edits they proposed for the manuscript. The double set of eyes really helped to find a variety of problems, and what one might have missed, the other girl Friday caught.  They sat with me on Skype, and discussed the issues they had with continuity, repetitiveness, run-on blathering and so much more. They were absolutely amazing, and I am really fortunate to get both girls Friday to work together on my manuscript. I am now in the process of merging the two separate editings, and we'll be on our way!

The cover is also in process, the front is almost finalized, the back is in the works, and the whole thing will be ready for release on February 1, 2014 (with copies available for early release for the Wizard World Comic Con).

So that's my update for today. Please don't forget to enroll in the Dragons of Midwinter Fantasy Book Giveaway. You could not only win the Wizard King, but over 20 more wonderful Fantasy books as well.

Posted by Miranda Mayer at 11:28 PM No comments:

Well, I'm at it again, only this time this is my humble giveaway. I've roped in a small horde of authors to throw in 22 books (so far) along with one of the first copies of my new book, The Wizard King, is part of this giveaway.  So please, enter by clicking this image: 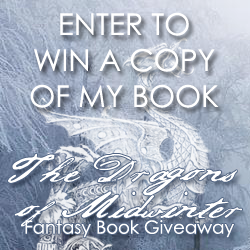 And good luck! Two winners, one will get hard copies and eBooks, and the Runner up will get eBooks.  Drawing is on February 1, 2014.
Posted by Miranda Mayer at 12:03 PM No comments:

A giveaway that you should not miss!

I've thrown in with a group of independent authors whose works feature strong, female characters.  I have always admired strong women in fiction, and have always striven to stray away from the archetype wilting violet, waiting for the world to rescue her.  Some of my girls may start off seemingly helpless or frail, but in almost all my books, all you have to do is watch as each of my ladies finds her source of power and uses it to steer her own fate.  There are no Bella Swans in my books, and there are no cookie-cutter, hot-tempered silly putty romance novel milquetoasts in any of the books being offered in this giveaway (at least we hope!)

There are (count 'em) 23 authors participating in this giveaway, offering a total of 29 books to the winner(s).  Tinna's Promise and Tinna's Might are in there with the prize package, which also includes gift cards and other lovely things.  The winner gets two hard copies (signed) of the books, and the runner-up gets two digital copies (or coupons to Smashwords.com for free download).

So click on through, and enter to win.  Almost 30 books of ass-kickin' power-chicks is no prize to thumb your nose at. :)  Good luck!
Posted by Miranda Mayer at 4:56 PM No comments:

Hello Internet world. As you may have noticed, Mirandamayer.com and the blog got a bit of an overhaul today. They were combined into one. It needed it. It's funny how something looks suitable and good for a bit, and then all you want is to change it.  I wanted something a bit lighter and brighter, especially for the launch of my newest book, 'The Wizard King', which will be launched in January at the Wizard World Portland Comic Con.

This month, we had a killer photo shoot up at the Timberline Lodge. This cool vintage building was a 'New Deal' project in the thirties, organized to create jobs during the great depression. They employed a great number of brilliant artisans and skilled craftsmen to assemble this impressive building, and today it stands as a testament to craftsmanship and forward-thinking.

The exterior of the lodge was portrayed in the movie 'The Shining' -- depicting what was called The Overlook Hotel in the movie.  It does not have a hedge maze, nor is the interior even remotely like what was shown in the film.  The interior is extremely rustic.  The lighting has the quality of that of an great old manor, with bright, white light pouring into darkened interiors, bouncing off the rugged textures of wood and stone, giving, at least in my view, an old-world castle type of light quality, something like the old oil portraits. It was what I was looking for.

With a great team of people, from photographer to hair and makeup stylist, we tramped up there with our lovely models and took a series of beautiful shots.  I will post some examples of them (ones we are not using for the book cover).


The Wizard King is a Fantasy Romance novel, a sort of alternate world with Regency themes.  The costumes were made by Stephanie Johanesen of Mount Hood Creations (Robyn's beautiful gown and accessories), and Breck's costume was created by Morgan Shanafelt, who also styled the hair and makeup for this photo shoot.

The final cover will be revealed when the book is released.
Posted by Miranda Mayer at 7:14 PM No comments:

I've been in stealth-mode. Being a new mom ain't easy, but hell if it isn't amazing. It is filled with all sorts of experiences that will end up bleeding into the stuff I write, this is without a doubt.  Aaaanyway... What's new? Not too much, but there are some things here and there.

I've added Blackroot and am working on adding the Belletrist in as Print-On-Demand in addition to eBook format. I will post links as they come.  The Belletrist will be as inexpensive as I can swing it, since the eBook is free, but I will be adding illustrations for each short story to make it special. 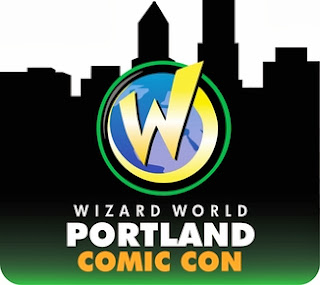 Also, I have secured a spot in at the WizardWorld Comic-Con at the Oregon Convnention Center in Portland on January 24, 25, and 26 of 2014. I'm very excited. It is my first comic convention. I will have a stock of all of my books with me, I will be signing, and selling, and also carrying some art material and information and such from my book-cover illustrator, Abigail Larson.  It's a ways off, but if pregnancy taught me anything.. Time flies, so plan on coming and stop by my table to say hi. :)

I'm working on a new manuscript and will be going back to Tinna's Reign soon.  I have been working on writing again, which is good. So that's it for immediate news. Follow me on Facebook, and you are free to friend me if you can handle my Atheist-themed posts. ::hehheh::

Toodle-oo.
Posted by Miranda Mayer at 10:33 AM No comments: