A Will To Live 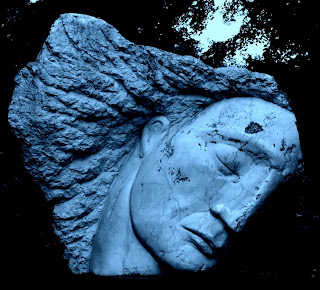 The only way one of my kind can truly die, is to want more than anything to live. This is a cruel joke played on the immortals; a punishment imposed by pitiless gods. I’ve died so many times and have risen so many times that even the idea of wanting this life anymore seems beyond my capacity. In order to finally rest, I am supposed to find something inside me that will desire life more than anything—to replicate the same sense of purpose and joy that I had before it was all erased by my first death and first resurrection so many years ago. It is impossible not to become filled with anger and bitterness, to always have but a brief taste of that final peace only to be wrenched back to the drudgery of rain, of mud, of stinking mortals, of more of the same. After seven hundred years, there is no more room for anticipation and idealism; both things you need in profusion to appreciate the days you have on this earth. Even mortals find it hard to want to live sometimes.

It is thought to be impossible; to finally find rest and oblivion from the pain that is existence. But there are always those rumours that give one hope; the story of this immortal or that immortal who discovered a well of happiness inside them, a joy of life, the appreciation for the gift of existence that allowed them their final escape from it. But it’s never anyone you know, never anyone who can tell you what the secret is. But here I am... entering my seven-hundredth year with little to look forward to but seven hundred more years of the same.

There are no rules or purpose for us otherwise, except to walk the changing world in rancor. We were once called the caretakers, a few of us once ruled as gods, but in the end, we all just grew tired of it all, and chose to sleep for an age; or to wander and live like hermits. Sometimes we play a role—portray a life that is not real; we go through the motions so we can try to derive whatever it is we are supposed to; what it is that mortals derive from their blessedly short lives.

We die only when killed. And that is short-lived. We are always given that false hope, as we slip into that dreamless, empty state, that we will be given the gift of the cessation of everything. To end our existence. But instead, we awake again in an agonizing pain, and we suck in air into our tired lungs and we hear our bones knitting and our wounds drawing themselves together, and there is nothing but hopelessness as we lie in the pools of our own blood and weep for an end.

We are hopelessness embodied. How any one of us can find it in our hearts to love this endless cycle, and to wish for another day of it is beyond me. I was convinced for the better part of my long life that I would never be allowed to die.

But I found the joy and the raison d’etre. I found my will to live, and it was not some great romance with a mortal that finally brought me mortality at last. It was much worse than that.

It started with a simple act. An act of frustration. A rash lashing out for all the injustices in my life. Sour and bitter, he stepped into my life at the worst possible moment; the poor hapless fellow—my first victim. Drunken and filled with vitriol, I stumbled out of a circa 70s Oldsmobile the size of the Titanic that I’d stolen. I’d just driven it recklessly into the gravel parking lot, and skidded to a stop only inches from the wall of the dive, angled over two parking spots. I threw open the land-yacht’s door and staggered out, blind to the colours of the signs in neon, seeing only a bleak daguerreotype of reality.

He entered my field of vision like a wraith, drunk too, and ready for a fight. He blurted out some incomprehensive blather and made the mistake of putting his hands on me. The moment was electric; like I’d touched a power line. It was like all the colours of the world flooded back. His blue flannel shirt, the flush of his cheeks and nose, the scarlet of his blood as my fingers followed my blind rage and bore into his eye-sockets. I stood there, looking down at the drunkard’s quivering corpse when all was said and done, my blood rushing, my inebriation completely obliterated by the adrenaline that burned through my veins. I was alive. This tiny, enviable mortal was not.

The elation filled me. It surprised me how it never occurred to me to do what I had done in all my years. I’d killed before, in wars, in accidents, but never for a reason as ridiculous as to direct my rage at something, to exert power over it, to destroy it. This became my vice, and with every killing, I desired more. My desire for death was no longer even remotely on my mind, I greedily looked forward to every new day where I could hunt and kill what I now saw as vermin; living, mortal vermin.

I did not know this was enough; that this zeal for life, fueled by evil itself would count. I did not know it would mean the same as someone finding love to make them wish to live on. My love was senseless murder; it gave me a will to go on.

Now I lie here in a pool of my own blood. I wasn’t granted the graceful period of aging and infirmity as the rumoured others were. My bones are not knitting, my wounds not healing. I weep for the life that is draining from me, this long and sometimes meaningful life that needed to find pure evil before it could be permitted to end. Around me, the mortals in their navy uniforms and silver adornments advance upon me from the shelter of their car doors, gripping the blue-steel implements of my demise. Their voices seem distant. I can’t stop myself from becoming fixated on how the blue and red lights that flash play illusions on my pale skin. I can’t help but notice how my heart beat sometimes misses, and how my breath bubbles in my throat. I am riddled with holes.

The only way one of my kind can truly die, is to want more than anything to live. I have never wanted to live more than today.
Posted by Miranda Mayer at 4:03 PM