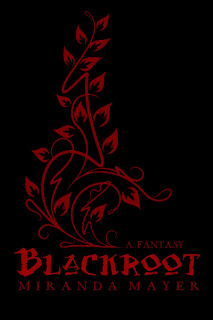 I've been writing for so long, I have three old hard-drives containing hundreds of documents I've started and some I've finished. Most of my old stuff, I can't get access to, unless I pay someone for data-recovery. All my backups are missing or outdated. But even in with the collections I have on my current computer systems and thumb-drives (thank heavens for the invention of the thumb-drive!), there are so many I can barely keep count. As a writer, I am rather undisciplined. I tend to start writing without even the slightest idea of where I'm going with the story; where many other authors won't even start writing until they've got a complete outline and character descriptions for every character in the book.

So I have folders... one called 'False Starts' where stories I've started of 20-30 pages or less are categorized into this folder. There are trends; story starts that are similar to other starts that begin to move in different directions. I read through them fairly often, hoping to pick one up and move it into the 'Potentials' folder. Potentials are books that are at least 50,000 words or more that I've somehow become annoyed with or stuck on. Some even have a jumble of notes typed after the last completed paragraph describing where I want those stories to go and outlining what needs to be written. Sometimes I follow those outlines, sometimes the story evolves into something else. It's just my process.

There are the completed books, they get their own folders. Most of the completed works I have are very old and quite bad; so I keep them, but they don't go anywhere.

There are also the things that are in the "Shorts or other Crap' folder; where my short stories and such are stored.
Every once in a while, I'll dip into my Potentials folder and start playing with one of the half-finished books. Or I'll read one I started and suddenly find my muse and just start writing it. 'Blackroot' is one of such books. However, the downside to this book is that many of the themes and ideas from Tinna's Promise actually were derived from this 'Potential'. Blackroot is older than Tinna's Promise by a few years and I drew a lot of stuff out of it. Abandoned child, the character physical likenesses (many of them tend to look like a gypsy girl I once knew when I was young). I can tell just by the grammatical errors how far back my books go. There's a definite improvement in my writing skills with each passing year and with each new interaction with an editor.
Blackroot is disturbingly dark. I sometimes wonder where the hell this stuff comes from, honestly, and sort of makes me wonder what is going on in my own head. It's a dark fantasy; a mystery fantasy and a pretty gritty one at that. It's a story of darkness and redemption where there should be no redemption. It's violent, it's graphic, and there are some pretty descriptive adult 'themes' going on in there.
It's bare-boned; lacks editing (which would really piss off some people I know who rail against publishing unedited material--including me and one of my reviewers so I won't submit it to her). But it was pretty much finished, so I posted Blackroot on Smashwords for 99¢ for the hell of it. So if you're looking for something weird and dreary and unsettling with some erotic moments; then have at it. Here are links to both of my ebooks on Smashwords:
Blackroot 99¢ on Smashwords
Tinna's Promise 99¢ on Smashwords
Posted by Miranda Mayer at 7:56 PM